The grandiose building that houses the James McWhirter store is one of Brisbane’s most iconic retail outlets. It all started with an Irishman named TC Beirne, who employed this Scot in his company back when he first arrived here long ago (for what would be his second time!). The two were rivals until 1896 when they parted ways on good terms, but not before fierce competition led to both men becoming quite successful! The upper floors of McWhirter’s is a mix of apartments and ethnic eateries. The ground floor is home to an overflowing warren-like series or cheap groceries as well as retail outlets;

Getting to McWhirter car park

A block over from McWhirter’s retail Store is McWhirter car park in Fortitude Valley. You can enter the car park from either Warren Street or Balow Street. This spot can be popular on the weekend with other Photographer and videographers, but there is plenty of space for many wedding parties.

An fantastic location for any wedding video or Photo shoot

Any Bride and groom will love the views from here; it is just a short elevator to the top floor for iconic sights of the Brisbane cityscape sprawling out before you. Videographers and photographers will know this area well, and it is an accessible location to film at, so nothing to pay. unless, of course, you can’t find a park 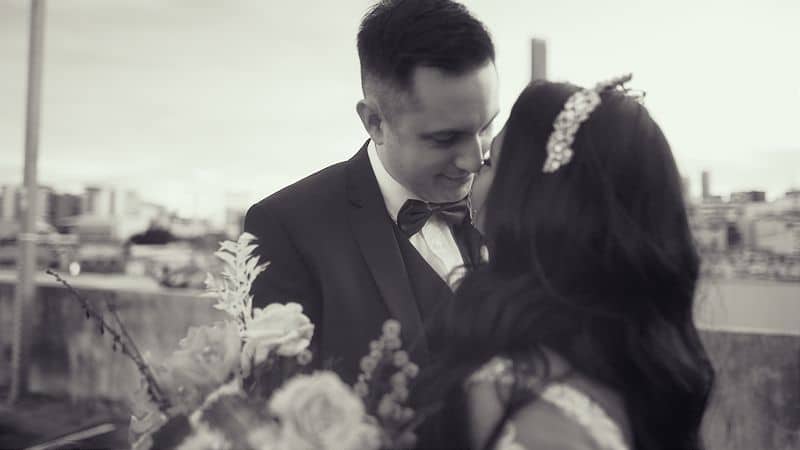 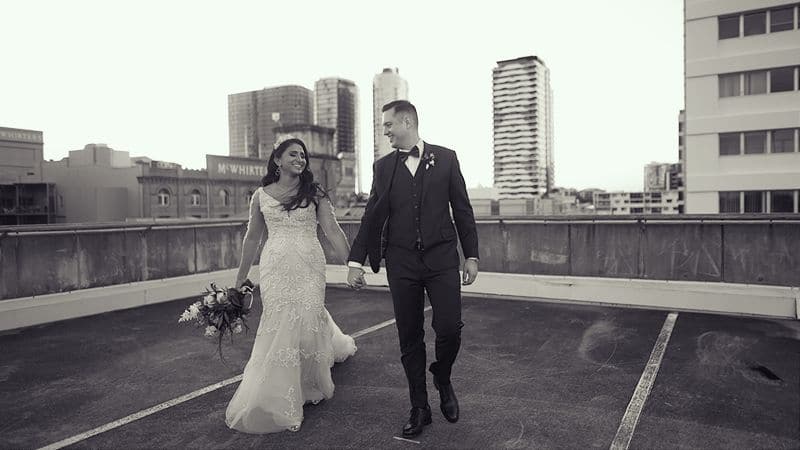 It was Amy and Dan’s 6th Attempt to get married; with COVID and lockdowns, it was not a pleasant time. Having to reschedule repeatedly still amazed me; they got through and continued, but I can see how the love for one another made it all worthwhile. The day was perfect for the blue skies and a stunning day with lots of love.