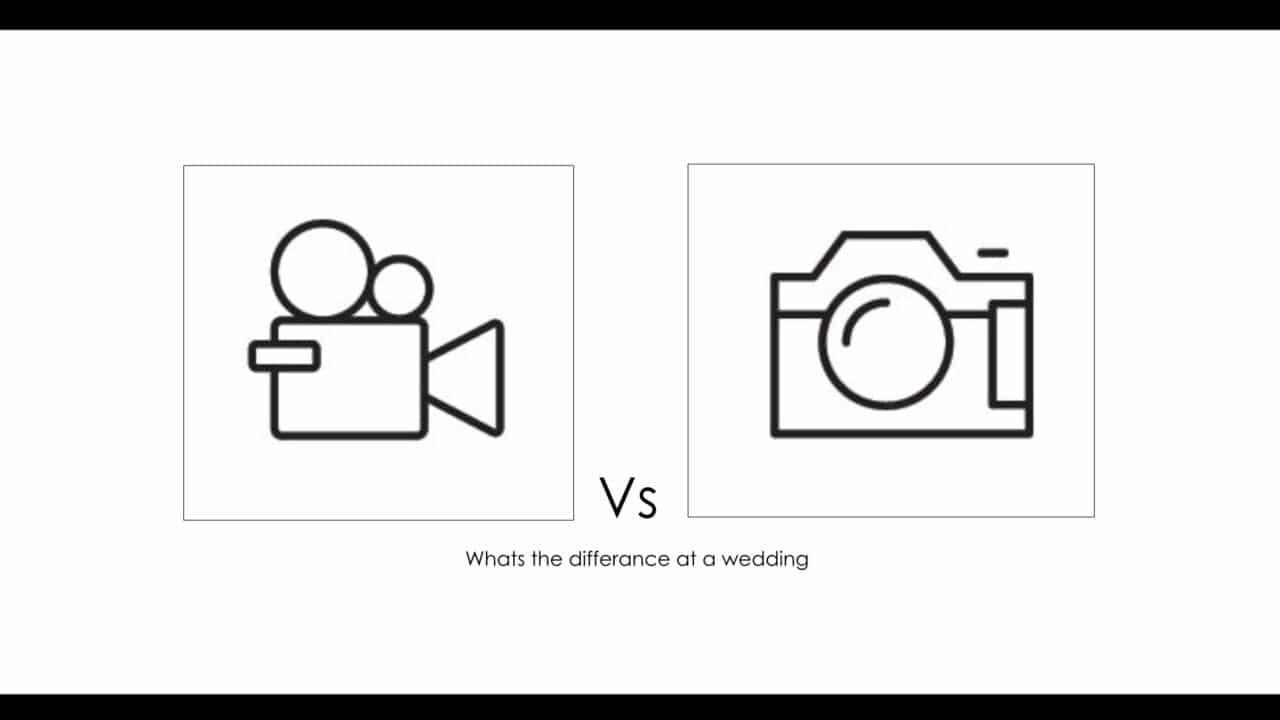 The difference between the videographer and photographer at a wedding

Apart from the visible difference, one has to take pictures, and one records video; there is a prominent variation in how videographers and photographers approach a wedding. Even though we are there on the same day, we are definitely after different things and different results.

Photographers are there to capture those small little moments, those pieces of time captured in a picture. Or those epic shots during the photoshoot. They are the kind of things you will put on your wall and look at them every day. A videographer will make you feel like you are; they’re going to be recording vows and speeches. In years to come, you’re probably going to forget precisely the emotions you felt when this was happening. Video memories will bring all these emotions back to life.

Working with the photographer

Of course, building your relationship with the photographer is critical for a great working relationship, ensuring you have an excellent outcome for the couple. 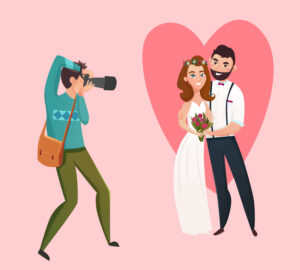 A photographer does not have to worry about the narrative. The videographer needs to show the places. B-roll of locations is super necessary for how films are laid out and edited. We must have these to link locations and tell the film’s story.

Still, life is part and parcel for the photographer at a wedding, so detail shots are straightforward. But for a videographer, the key here is the movement. I do not believe in static images, so movement is fundamental to telling the narrative. You can accomplish this with a slider, gimbals or handheld. I do not rely on a slider or gimbal. So, I do not use them.

For me, a slider is overused at weddings, they are bulky and just another better gear to carry around. It also gets boring when the same side-to-side movement repeatedly, weddings are about being created. Again, a gimbal is just another better gear to carry around and can slow you down because you have to adjust things or focus, or batteries run out; it only takes away from filming stuff on the day. The photographer is entirely free-flowing. They can easily walk around with one or two cameras and capture most things easily.

No one likes shaky footage – Gear.

Things are fluid at a wedding, events are over before you realise it, and you missed it because you on a videographer is on a tripod or monopod. I shoot all-day handheld. It is as much about the equipment as your experience in maintaining a camera steady. I used a camera with IBIS (in-body image stabilising). It is going to help get rid of a lot of the shake. When you combine that with a stabilised lens, it looks like you are on a tripod. Voilà problem solved.

Photographers never have to worry about this…

I hear from many brides that we do not need preparation in our film; we have a photographer there. I cannot entirely agree. There is only one formula for a wedding. From prep to the ceremony, we are building up to that and then after that; it is a party. We need that footage to build the story. It is like coming into a movie halfway through and not knowing the beginning, and then you are having to go back and re-watch it.

For ceremonies, the videographer prep is all done before the bride arrives. I use four cameras they’re all set up, ready to go before the bride arrives. The photographer doesn’t have that luxury; they only have the one or two cameras they are using on them, so they have more running around to do during the ceremony to get enough angles where myself I tend to move around less because obviously, I have three other cameras pointing in the direction of the bride and groom.

Group shots are the photographer’s realm when I shoot weddings; I never do group shots for video because I do not see the point of people just standing around having their photo taken and then also have their video taken to me that is doubling up a pointless exercise.

Things that look great as a portrait do not invariably look the same on video. The photographer will need to pose the couple, which all sounds impressive but does always go with the film. The videographer needs to step up and interact with the couple to talk and do stuff rather than stand there statically. Talk to the couple, get to know them, make them laugh, and build a relationship. Couples need to know you are in control, so be assertive, direct them but only to a point. They have just gotten married so that they will be in the moment.

I believe that the reception is a videographer’s realm, not a photographer’s area, especially things like speeches, as it’s all about the audio. I think a photographer is superfluous.